The Fridays for Future climate study 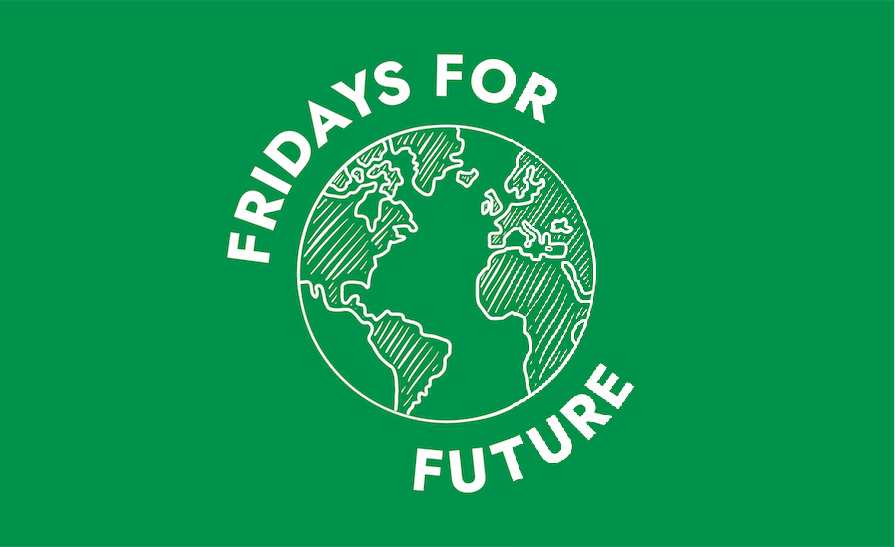 Protect the Planet has supported Fridays for Future (FFF) from the beginning. That is why we are publishing here the summary of the 1.5°C study that FFF commissioned from the Wuppertal Institute for Climate, Environment, Energy. FFF demands: Listen to the science. Act now!

“October 13, 2020. We have been on strike every Friday for almost two years – for a livable future, for climate justice, and for compliance with the 1.5°C limit. Since then, we’ve been loud, made demands, and gone on strike with millions of people around the world. For almost two years, climate has been one of the biggest issues in society and politics. But at the same time, there is still not a single party in Germany that has a plan to comply with the Paris climate agreement. Worse, five years after the Paris Agreement was concluded, not one government, not one party, not one institution has even had a study done on what it would take to comply with the agreement. 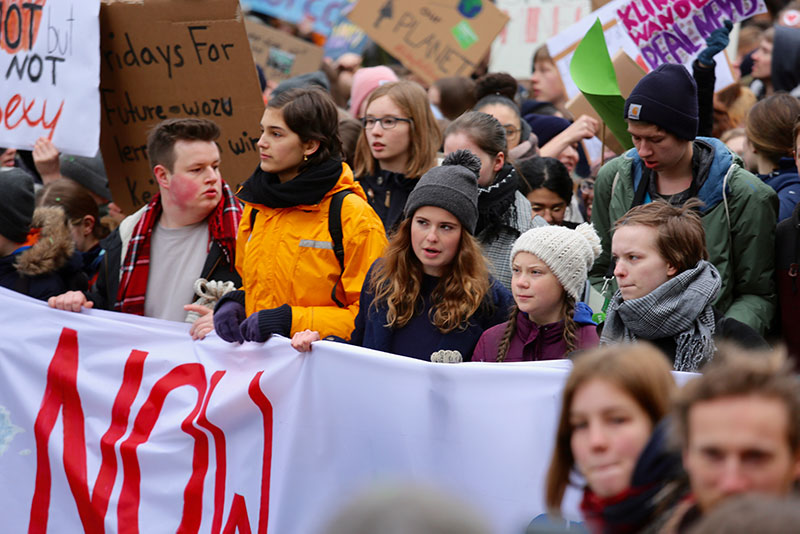 This makes a serious social discussion about the necessary measures impossible. This knowledge gap therefore had to be closed. And since the government consistently ignored this task, we once again had to do their job:

We commissioned the renowned “Wuppertal Institute for Climate, Environment, Energy” to conduct a study to find out what the 1.5°C limit means for Germany and what options exist from today’s perspective to comply with it. And the results are astounding!

Because the study shows: We can still comply with 1.5 °C! But getting there will be an enormous challenge.

The study shows that the climate targets of the current German government would lead to CO2 emissions more than twice as high as a 1.5-degree path.

The Wuppertal Institute explains, “Meeting the 1.5°C limit is only possible if Germany becomes CO2-neutral by about 2035, and only if emissions are already extremely reduced in the years immediately ahead. Achieving CO2 neutrality would be “extremely challenging from a technical and economic point of view […] by 2035, but possible in principle,” according to the study.

So it will be up to the next German government to decide whether the 1.5 degree target can still be met. Shortly after the end of the next legislative period, in 2026, the German CO2 budget would be completely depleted without emission reductions.

Based on these findings, the study examined what is needed to achieve CO2 neutrality by 2035 in the energy, industry, transport and buildings sectors.

In the energy sector, the Institute found, among other things, that renewable energies and explicitly wind and solar energy will have to be expanded 4-5 times more in the coming years than in recent years. The import of foreign climate-neutral energy sources will also be necessary. 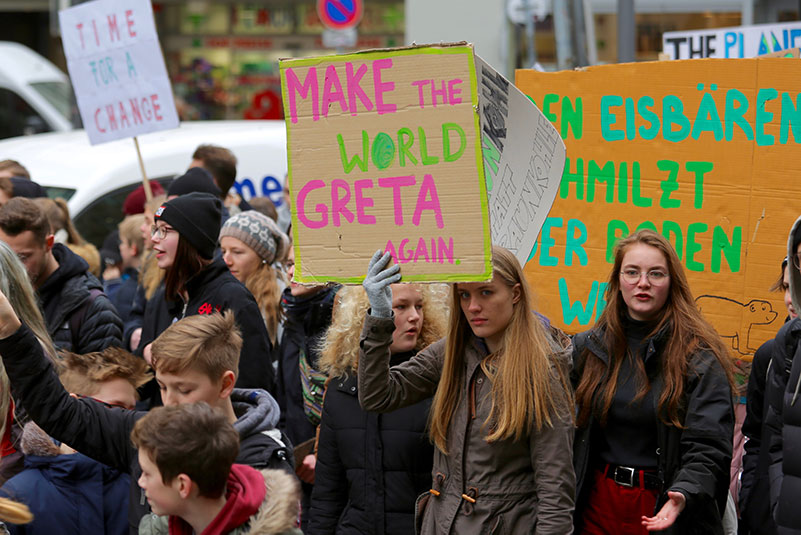 Of course, to achieve CO2 neutrality by 2035, we must also phase out natural gas by then. The study states that hydrogen will be needed for security of supply in electricity supply as well as for climate-compatible industrial processes, at least part of which should be generated in Germany by renewable energies. This requires so-called electrolyzes. By 2035, electrolyzes with a capacity 7-9 times as large as planned by the “GroKo” are necessary. 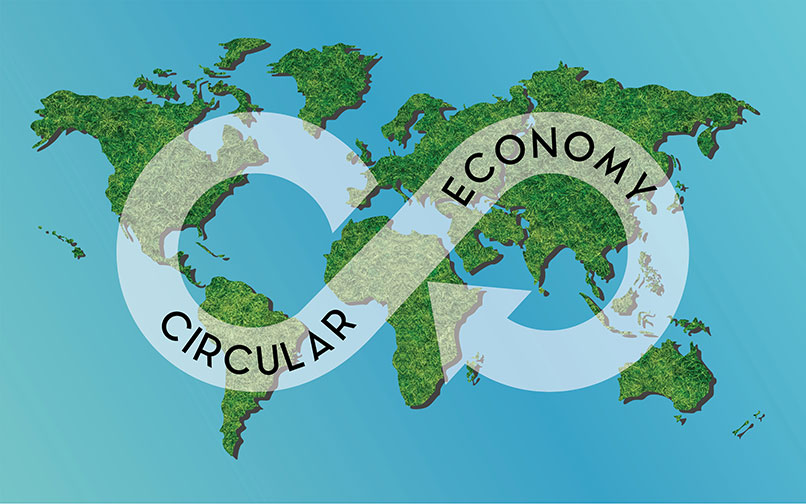 In the next few years, many industrial plants will reach the end of their intended service life and will need to be replaced. New industrial plants run for decades. Therefore, the need arises in the industry sector for all new plants to be able to be operated in a climate-neutral manner. In addition, all remaining fossil plants would either have to be decommissioned or converted to non-fossil technologies. Here, too, according to the study, hydrogen will play a major role. Because of the current high energy demand of industry, which would be difficult to meet in a renewable way, a consistent circular economy is needed: Re-use, re-manufacturing and recycling of products can significantly reduce the energy demand of industry and thus facilitate its de-fossilization. In the industry sector, the study also supports a significantly higher CO2 price in the order of 180 euros per ton of CO2 in perspective This must be supplemented by other instruments. It is also made clear: Building the infrastructure for a climate-neutral industry must begin before the demand for it exists. Otherwise, there will not be enough time for the transformation. Decisions must therefore be made now and implemented with great speed and determination.

Transport in Germany also has a high energy demand. According to the study, this must be significantly reduced by 2035 if the country is to achieve CO2 neutrality. The high energy demand is primarily caused by cars and trucks with combustion engines, which consume 5 times as much energy as trains. Therefore, the study sees the following steps as necessary: a traffic avoidance and modal shift, significantly higher CO2 prices on fossil fuels and the abolition of the numerous climate-damaging subsidies in the transport sector. In order to achieve climate neutrality by 2035, the following concrete steps are necessary in the various areas of the transport sector: halving car traffic and doubling public transport, replacing most of the remaining combustion cars with electric cars, banning the registration of new combustion cars as soon as possible, shifting 30% of truck traffic to rail, ending domestic air traffic in Germany and using only synthetic fuels for the – also greatly reduced – remaining air traffic from 2035. 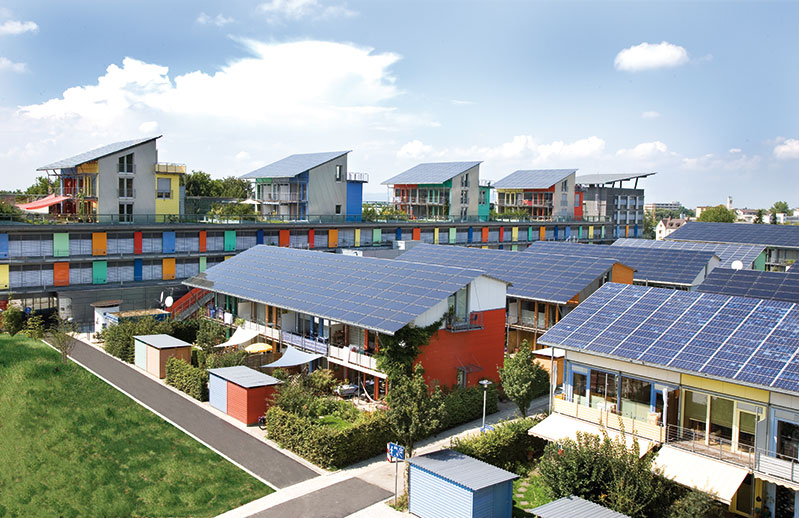 This is currently happening to less than 1% of homes per year, but would need to be done to 4% of homes every year! A comprehensive mix of measures is needed to make this increase possible. Among other things, it also needs a training and qualification offensive in the skilled trades, since not even enough tradesmen are trained to carry out energy-efficient renovations.

As a second important point, the installation of fossil-fueled heating systems must be stopped in the shortest possible time. For comparison: Today still nearly 80% of all new heating is fossil! Instead, most of the newly installed heaters should be heat pumps.

What does that mean?

The study results thus show that a 1.5°C policy can only be guaranteed from the German side if the German government immediately focuses comprehensively on reducing CO2 emissions and prioritizes climate issues in all policy areas.

This requires unprecedented political efforts. “If [the social and political will] is there, there are no insurmountable obstacles to achieving the target,” write the scientists of the Wuppertal Institute. The social will is there, the support for our demands is enormous – now it is up to politicians of all parties to finally talk and act about the climate based on facts.

The study creates a basis for an honest debate in society as a whole about necessary measures to combat the climate crisis.

The fact that so many of our demands are reflected in the study – including the demand for net zero in 2035 or for a CO2 price of €180 – shows how justified they were and continue to be. In making our demands, in the Corona crisis, and with the publication of this study, we are saying: Listen to the science. Act now!”