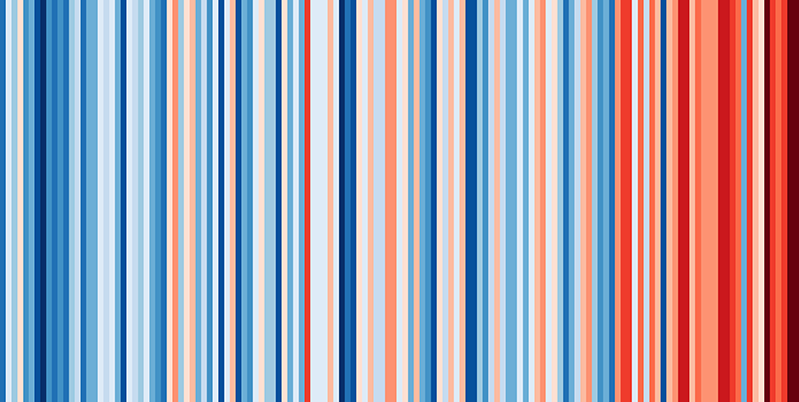 The so-called “warming stripes,” which British climate scientist Ed Hawkins uses to visualize the development of temperature increases on Earth, look like a barcode. The coloured bars show the average temperatures from the dark blue for cold years of the 19th century to the dark red for the extremely warm years of the recent past. The Warming Stripes are a symbol of the climate crisis and are intended to stimulate discussion.

What the blue and red stripes on the tie of Prof. Dr. Volker Quaschning say about the dramatic climate change and why they visualize it well, he explains in the video. 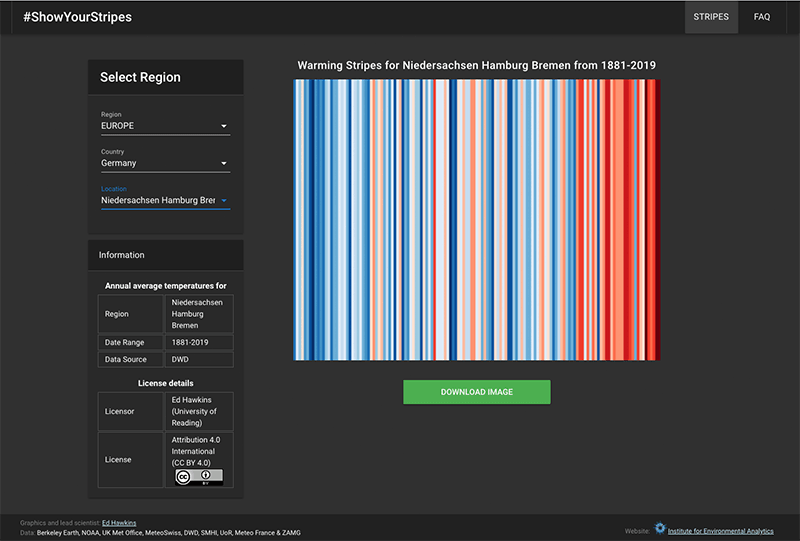 In the meantime, they adorn T-shirts, bags, ties, flip-flops and much more.  At showyourstripes.info, anyone can view the climate development from 1850 to 2019 for their region and download it as an image.